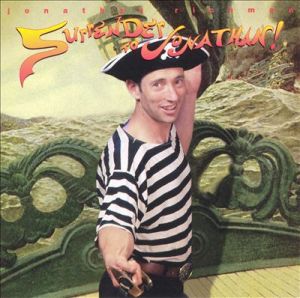 How to alert people to your event. It is an age-old problem first experienced by Ken and the Onion Brothers in the age of the dinosaurs. If anything, it’s got worse as time has gone by, with an element of the absurd and sheer daylight robbery being introduced in the modern age for good measure. As history has proved, life is tough when you want to rock out.

To prove this we start in 1540 with a tale preserved in a memoir of the Italian Renaissance Duke Orbina, found under his hat, which had been worn by 35 generations of his daughters before the wind blew it from the narrow head of the current lady Orbina in the early 1980s as she crossed a Venice foot bridge. Luckily the faded scribblings were lodged in her hairclip as the hat fell onto a passer by, who sauntered into the distance without noticing, immersed in a particularly long Englishman, Irishman and Scotsman joke, after which she dived into the canal and the hat floated off, exasperating a gang of the Lady’s man-servants who couldn’t reach it with a toy fishing net. In what the Duke refers to as “the golden year” of early music, Pius VI, the patron of the renowned Catholic composer Palestrina, would cordially invite people to the maestro’s concerts with the threat of total exclusion from his musical circle if they didn’t come. Not so bad a deal, perhaps, if the only other alternative of the times wasn’t Dai Dominoes, his jaws harp and one-string sweeping brush, which would be wistfully strummed in between readings from a single two-versed poem, whilst he sat in a water well bucket. Palestrina of course flourished, whilst Dai, condemned to a chastened audience, became increasingly impoverished and forlorn. As Palestrina took his soup one day with a gold-gilded spoon embellished with the coat of arms of the Orbinas, Dai, who by the 1550s had wilted like an old tree, was put out of his misery when one ostracized brute force-fed him the bristles of his brush, tucked the harp in his shirt pocket, squeezed him deep into his bucket and lowered him into the well, never to return.

In the late Wild West the social and economic structures of what would later became the Grand Ol’ Opry were taking shape, according to the dictates of an all-powerful oligarch. The opposite ends of the music spectrum in this era can be illustrated by the contrasting fortunes of Texas and Tennessee Tubbs. Texas Tubbs was a redneck brute who wielded his guitar with a thug-like arrogance (indeed, his guitar was built first and foremost to conceal a sawn-off shotgun, with which he would cowardly chase old ladies at night). He cried crocodile tears during ballads that would embarrass his mother’s mother’s mother (a woman who would take her toilet breaks with the door open to continue her conversation). Tennessee Tubbs on the other hand was a dreamy banjo player who is said to have influenced Earl Scruggs’ choice of cereal. Texan Tubbs wore a Honkytonk outfit made from sheer dollar notes donated by Olive Oyl, an ancestor of Popeye the Sailor Man’s wife, cultural dominatrix of the oligarchy who threatened to have Tennessee pressed into her husband’s pants if he picked up his guitar within a 10 mile radius of the Texan border. This forced him to the edges, and he would hastily scribble notices for his rebel concerts on the back of Wanted leaflets; problematic since, as he would come to ask himself, who wants an audience of bounty hunters smooching at the front? A wrong chord once having pierced the earlobe of Old Nick Knuckles, who collected criminals like butterflies in a scrapbook, and had stopped off with his horse Steel as they pursued Butch Cassidy and the Sundance Kid across the plains, saw Tubbs encouraged to do a ten minute weather dance between the bullets at his feet, after which he was requested to play Lonesome Me tied to a tree with his bass strings. (And it rained).

Perhaps though there is no more powerful and prescient example of the dire effects of an establishment on an outsider artist quite like that of Squire Jons in the age of the plague, who, before he wormed his way into the circle of Death (then the head honcho of the music scene of the Middle Ages), was similarly cast to the edges. Whilst Death, mirroring the devious ways of modern music industry bigwigs, put his weight behind the less talented likes of Mild Mickey Mason and Ginger George Gallstones, “the boys next door” (or two hunks of sheer vacuity who couldn’t open an automatic door between them) (this is actually true since Death had had the first ever automatic door installed in his plush forest quarters and they couldn’t get through it, instead having to climb in through the window), he put the commercial hex on Jons by threatening to visit any attendees of his gigs in the dead of night in a pig-mask and take them dancing. Deprived of an audience, the destitute Jons was forced to play his avant-garde lute songs to a ghostly bunch of seated, plague-ridden skeletons in desolate living rooms. Despite the relief of not having to try too hard to impress, Jons’ biographer expresses his need at the time to be heard and seen, embraced by the community and critically lauded, painting him as a man who, despite all appearances (Jons appeared to be a contented man despite everything) craved the tapping of a foot of a live human being to his steady guitar rhythms, which harbingered those of Johnny Cash. As Mickey and George flourished on the scene, Jons at first kept a brave face, only deciding to change his career path when a skeleton that he would regularly visit pulled out a scythe that Death would have been proud of, chased him around the room to much screaming, and finely chopped his left hand into a salad. Jons later put his lute on the fire and used his spare string as a shoe lace. In all of his later chess games with Death nobody mentioned music.

Then there were the difficulties faced by the original protest singer Party Pete Plimsoles in 20th century Italy, who was less contented in his obscurity, continually stating his willingness to sell his grandmother for a raucous round of applause and a full room. Unfortunately for him, the Co-Ordinator of Music at the mafia at the time (a position that’s only requirement was a lack of upper or lower teeth), preferring something less challenging, would only allow Pete’s flyers to be pasted onto walls backwards. Whilst the Sicilian Chewing Gum Orchestra regularly played to packed halls and sat at the table of Swiss Tony, gargling champagne and discussing the destination of this week’s horse’s head, Pete was condemned to serenading his budgies at home, before this audience was cleaned out in one fell swoop by “the boys”, who, hearing guitar melodies and joyous tweeting during a regular check of his bins, suspecting subversive activity, sent a wrecking ball through his pine end.

Returning briefly to Squire Jons and an unlikely, but uplfting legacy, we turn our thoughts to his great grandson 65 times removed, Dai Young, a victim of the early streamlining of the workingman’s club singer scene in the Welsh valleys of the 1970s. Dai was victimised, persecuted and ultimately cut off from polite music society by Sir Bobby Bland, a mine owner’s son who had bought out the local newspaper with money raised from selling the clothes on his grandmother’s washing line. He was a crook and a scoundrel who, via his magazine, peddled a conformist sound that filled music halls with apathy and boredom. He would later conceive of the Welsh Music Prize whilst swinging in a hammock at his palatial Porthcawl holiday home, moments before a gust of wind sent his toupee into the sea. The reason for Dai’s exclusion was his unconventional, some would say discordant, high-pitched singing voice, which it is said could have cracked the lens in Barry Gibb’s sunglasses. In the summer season, Dai, who was deeply affected both emotionally and psychologically by the rejection, could be glimpsed by keen eyes on the Afan Valley funeral scene playing his harmonium up trees, the only sign of his presence often being his long leather jacket flowing down below the leaves. If anyone had the sixth sense to peer into this private world, they’d see a beautiful man trilling ballads from his perch with a smile on his lips and a tear in his eye (he had just the one after a wood-pecker burrowed through the other during a long drawn-out performance of Delilah in 1978, in which he reached a heightened state). In winter throughout the Bland years, when the trees lost their leaves, in order to retain his anonymity Dai would sing and play harmonica crouched in bushes or buried in the flower beds, head sticking out and a winter rose in his hair, earning him the title ‘King of Welsh Goth’ and a small cult following. His high voice had the power to reverse the logical relationship of sheep and sheep-dogs when he sung certain songs, and it was due to this talent that Bobby Bland had his comeuppance, when an enormous, un-sheared mare chased a Welsh collie through the countryside into his garden, through his cat flap and into his kitchen, where, caught unawares having a cheese sandwich, he swallowed an unused set of tea cups.

This brings us to today and the travails of your humble unpopular discotheque author in the grasp of modern day Bobby Blands, Swiss Tonys, Olives, Pius VIs and Deaths. Oh yes, it’s a commercial age not made for you and me, where Facebook hides page posts unless you stump up the bucks, and puts a vice-like grip on group settings so that you might as well shout down a wishing well. Set your automatic harp to sad mode tonight, and come see me collecting string on the Rotherhithe beach one day.