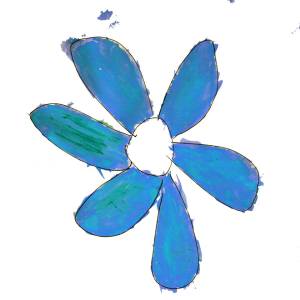 The sky has been open like a denim jacket with no shirt underneath with the sun staring out like the sweet skin of the summer girls. In these rare conditions my casting arm took on a form previously only considered a myth in the fishing world, or any world I suppose. I started out as I always did, let the line loose in my fingers, slowly pulled back, and snapped my wrist sending the bait into the desired location a la Keith Arthur. But something was different that evening. The bait kept going, gliding through the air like the melancholy smell of the old school that I’d forgot, before landing at the bottom of the skinniest rainbow I have ever seen, it made me think about my old pal Muddy Waters. It was a rainbow nonetheless, and after a few turns of the reel handle I’d hauled a treasure chest lined with Crumpton Oaks up the bank, just like the tales in McDowell’s old diary. Either that or the postman came and dropped off a couple of parcels, whichever way you look at I got my hands on some gold in the form of new music from Flowers, TV Girl, T.O.Y.S, and Burnt Palms.

TV Girl’s French Exit floats along like a colourful UFO over the Welsh mountains, abducting tales of youth and pasting them into a delightful Pop mosaic crafted from samples and sounds strung together with the heartaches of growing older, coloured with the sweet melodies of ‘Birds Don’t Sing’ and ‘Hate Yourself’, framed with the nostalgic beauty of ‘Lovers Rock’ and ‘Angela’. It’s available on bandcamp on a pay what you want basis so give them what you can for it, and if your dole has come through get the beautiful physical representation complete with vinyl, delicious Dream Girl Sticker, Wandering Couple button, and a Neat-o insert, and maybe they will be able to afford a pint from it.

T.O.Y.S’ self titled EP flies from the blocks like every horse you’ve never bet on, keyboards and guitars rip and tear like the wheels on Dean Moriarty’s hire car (or Mickey Harris’ wheelchair) screeching into the night with Mordecai’s eyes glued to the back window steeling one last glimpse of Margaret. Released on Oddbox Records in January you won’t get anything close to better for £2.50 (depending on the pubs in your area).

Flowers’ Do What You Want To, It’s What You Should Do sends shivers down the spine from the first line. “Willow don’t you weep for me, I am young and carefree” echoes from the stillness and draws you in like a voice from the bottom of a well. Raging lo-fi Pop of the highest beauty with only a guitar, drums, and Rachael’s one string bass and wonderful behemoth of a voice bury perfect Pop songs just under the surface of a sea of noise like gothic fairytales flickering in candlelight as waves crash against the hull, pulling and twisting heartstrings from the darkened corridors and lonely corners of youth. The record will be released soon on Fortuna Pop! adding to a starry back catalogue that includes Darren Hayman, Tullycraft, Joanna Gruesome, The Spook School and Martha.

Burnt Palms surfaced again with another fuzzed up jangling dream of an LP. The Girl You Knew rolls on cooler than the Taff on a January morning, a concoction of darkened edges and hazy slow burning angst laced with hints of Veronica Falls and Makthaverskan that will have you eating out if its hand quicker than green Scrumpy straight from the barrel on a summers day. The record was released in May on Italy’s fine We Were Never Being Boring label.

And if that’s not enough to get your rod shaking like Jack the Rat’s legs on a dry trip have a chew on this jagged diamond: